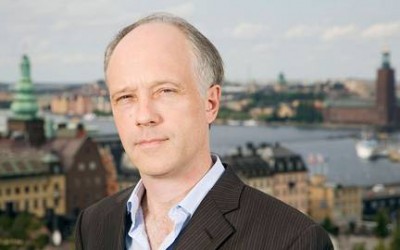 Swedish journalists who have been killed in the service

Nils Horner is now another one of the Swedish journalists killed on assignment abroad.

It is becoming increasingly dangerous to work as a foreign correspondent.

Last year, 108 journalists were killed in the service, according to statistics from the International Federation of Journalists (IFJ ), which also calls on governments worldwide to end impunity for those who kill journalists.

Many of the journalists were direct targets , and the subject was to silence them, according to the IFJ.

Others were killed in bomb attacks and shootings.

Swedish Radio’s correspondent Nils Horner is now another one of those Swedish journalists who have been killed in the service.

During the bloody first attempted coup against President Allende in Chile, in June 1973, where Augusto Pinochet later assumed power, were rounded up and attacked the presidential palace. Several people were shot, among them the Swedish – Argentine cameraman Leonardo Henrichsen who filmed his own death.

Goran Assbring, freelance photographer and writer, was killed with a bullet to the chest in Eritrea in 1983.

In Afghanistan in 2001 crude murdered Ulf Strömberg, photographer for TV4, while covering the war. He woke up when colleagues were robbed of their equipment in the next room, and was gunned down as he opened the door.

Freelance journalist Martin Adler was shot dead in the Somali capital Mogadishu when he was covering a demonstration in June 2006.

At the time there was great hatred against foreigners, and several journalists had been murdered in the country.

SVT reporter Bert Sundström assaulted, stabbed and severely beaten while covering the revolution in Egypt in 2011. He survived the attack.