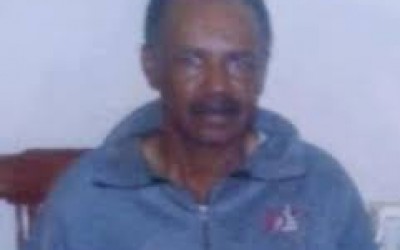 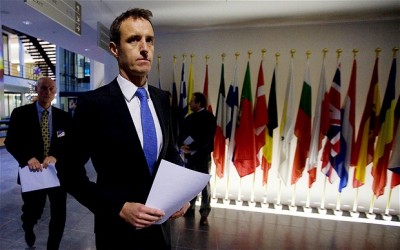 Gangs are demanding up to £20,000 from European ’contacts’ of African immigrants for the release of hostages

British police have been warned that Africans in the UK are being targeted for extortion by foreign gangs, the Telegraph can disclose.

Europol, the European crime intelligence agency, has said that families are being forced to pay tens of thousands of pounds to free relatives who have been kidnapped.

Officials warned that criminal gangs are demanding £20,000 from European “contacts” of African immigrants for the hostage to be released.

Rob Wainwright, the Director of Europol, said that the organisation “has issued a warning to all police forces in Europe that this form of international extortion may also be happening in their areas”.

“In response to any increase in cases reported to national competent authorities in Europe, the centralised analysis of this data at Europol would enable the detection of cross-border links between different cash handlers.

“Europol is ready for coordinated action with Interpol to deal with the problem in Europe and the Sinai region.”

The man, who works as a taxi driver in Birmingham, asked for his surname to be withheld because he is concerned that the gangs may target other family members in his home country.

“I paid the money to save her life”, said Dawit. “I sold all that I could and borrowed from family and friends.

“The main thing is that she is safe and alive, but because she was tortured. She begged me to save her life. It was the worst thing in the world”.

He said that he knew another Eritrean man from Birmingham who was also forced to pay thousands of pounds to free a relative who had been kidnapped.

Europol said that data provided by national law enforcement authorities showed that “individuals of Eritrean origin living in Sweden and at least two other European countries” have received demands for money to free relatives who had been kidnapped and tortured in Sinai.

They said that “the extortion operations were run by organised crime groups (OCGs) of Bedouin origin exploiting irregular migrants who had been kidnapped in Eritrea and Sudan by OCGs of Rashaida origin.

Soren Pederson, from Europol said, “In most cases, the extortion processes involved multiple negotiation steps and sequential increases in the ransom amount.

“Payments were made to multiple cash handlers used by organised criminal groups in locations inside and outside of Europe.”

Few cases have been prosecuted, because victims are often too scared to tell the police, but last year, a Stockholm court has charged two Swedish nationals with extortion in connection with the kidnappings of Eritrean asylum seekers.

The men allegedly demanded $33,000 (£19,721) from families living in Sweden for the safe return of their relatives.

Amnesty International said that it has received “numerous reports” of refugees and asylum seekers being held captive in the Sinai Peninsula of Egypt.

A report produced by the organisation last year said that hostages held in Sinai are “subjected to brutal violence and inhuman treatment during attempts to extract ransom payments from their families”.

Amnesty said that the information they had “indicates that there is an extensive network of criminal groups which include smugglers and traffickers operating through Eritrea, Ethiopia, Sudan and Egypt.

“They are reportedly heavily-armed…The networks include agents that collect the ransom money in countries including Israel, Saudi Arabia, the US, and throughout Europe”.

When Dawit’s sister was kidnapped as she walked to work in Eritrea last July, he reported the incident to police in the UK, but was told they were unable to help because she was not a British citizen.

The gang holding his sister called their mother and demanded $10,000 (£5975) was paid to them within two days.

“So then men took my sister to Sinai, where they made her call my family. They beat her and she was crying on the phone. She begged us to save her life.

“I sold two cars I had in Sudan and luckily I have lots of good friends, so we paid the money, but it took a long time for her to be release.

“The main thing is that she is safe and alive, but she has lost her hearing in one hear because of the beatings and also has a bad infection.”

Dawit’s sister is now in Ethiopia and the family are trying to raise enough money to get her back to her children in Eritrea.