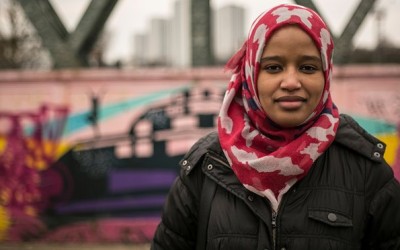 Eritrean who fled to UK wins award for helping other refugees

A young Eritrean woman who fled to the UK after her father was arrested for his political activities in her home country will receive an award for helping and inspiring other migrants and refugees.

Her award comes as the number of Eritreans granted protection in the UK has plummeted after a change in Home Office advice on asylum requests from the repressive east African country.

At 16, Seada Fekadu’s world was turned upside down when her father was arrested for his work with the opposition in Eritrea. Fearing for her safety, an aunt paid for Fekadu to escape the capital, Asmara. Fekadu took a boat to neighbouring Djibouti, caught a plane to Paris and made her way to Calais, where she and others were smuggled in a lorry to London’s Waterloo.

Fekadu went to a nearby police station, was handed over to social services and was granted refugee status by the Home Office after three months. Five years on, Fekadu speaks about her dangerous voyage as if describing a commute to work.

“In Calais, they put you in a truck, you don’t have a choice. ‘You have to take this one,’ the agent said. I didn’t know where I was going. The truck dropped us near a police station, they found us a translator and after two hours, social services came,” she said.

In a sense she was one of the lucky ones. Fekadu arrived in Britain before the current migration crisis currently engulfing Europe. Getting to the UK in the back of the truck was relatively easy in 2011. Since then, Fekadu has built a new life. She is studying for her BTec – physics is her favourite subject – and has offers from four universities to study biomedical science.

“I want to become a doctor to help people, it’s about saving lives. I’ve wanted to be a doctor since I’ve been a child,” she said.

She has also been volunteering with Young Roots, a charity that helps young refugees. A social worker put Fekadu in touch with Young Roots soon after she arrived and she is now returning the favour by helping recent young arrivals referred to the charity.

“Young Roots helped me gain confidence. Now it’s my turn to help others,” she said. “I’ve been in their situation so I can understand them and I’m happy to help. They are young, I am young, we are like friends.”

Fekadu, now a trustee at the charity, takes youngsters to museums, to play football, to swim and for trips outside London. In recognition of her work, Fekadu will receive an award recognising women with a migrant or refugee background who provide inspiring leadership.

“So much of our time is taken up with communicating negative stories, we wanted to show the hopeful and positive work being done,” said Laura Padoan from the UNHCR, the UN agency for refugees, a joint organiser of the Women on the Move awards with the Forum, a migrant group. The event is on Friday at the Royal Festival Hall.

“She certainly stood out for her maturity and resilience despite what she went through. It’s really remarkable,” said Padoan, one of the judges.

Yet the researchers behind the report, which the Home Office cited heavily, publicly distanced themselves from the findings, claiming the report was unsubstantiated and distorted. In June, the UN issued a damning report which concluded that the Eritrean government’s systematic use of extrajudicial killing, torture, rape, indefinite national service and forced labour may amount to crimes against humanity.

The UNHCR estimates that 5,000 people leave Eritrea every month and Eritreans account for the largest group of people applying for asylum in the UK, with 3,729 applications in 2015, a 48% increase over 2014. Eritrea also had the highest number of unaccompanied asylum-seeking children last year at 694.

As a result of the Home Office advice, the proportion of initial decisions allowing Eritreans to stay plummeted to 48% in 2015 from 87% in the previous year. Meanwhile, the number of appeals from Eritreans soared from 172 in 2014 to 1,718 in 2015. Eighty percent of those Eritrean appeals determined in 2015 were allowed (which means refugee status for five years), an increase from 44% in the previous year.

Asked whether she misses Eritrea, Fedaku says: “Sometimes I miss my friends, but I don’t have much time to think about home, I have to study and the friends around me are like family, like home.” 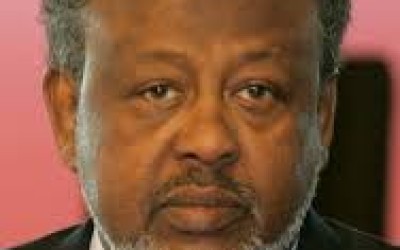 Djibouti says talks with Eritrea to depend on release of prisoners

Djibouti President Ismail Omar Guelleh said on Tuesday that the release of Djiboutians held in Eritrea remain the first precondition for the restart of talks to resolve a territorial dispute between his country and Eritrea, an official source said.

The president made the remarks during his meeting with Qatar Emir Tamin Bin Hamad Al Thani in Doha.
He reminded the Emir that the refusal by Eritrea to give information on the state of the imprisoned Djiboutian soldiers was a source of “unbearable pain for their families.”

The two men agreed on the “need to end the prevailing situation of no war and no peace between Djibouti and Eritrea.”

Guelleh used the opportunity to thank the Emir of Qatar for his tireless efforts in the mediation of the dispute between Djibouti and Eritrea.

In 2008, a territorial dispute caused a three-day armed conflict between Djibouti and Eritrea. Enditem