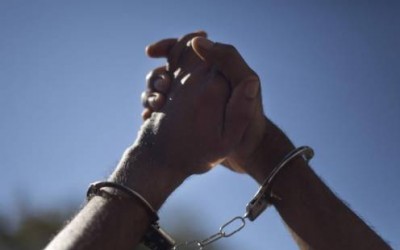 Thirty journalists languishing in Eritrean prisons, detention without charges or known for his ”criticism of the government” in the country that has become the biggest prison for journalists in Africa, according to the latest report on press freedom Reporters Without Borders (RSF). The exact number of imprisoned journalists is unclear, as the Eritrean government prevents entry to international observers, told Efe director for Africa of the Committee to Protect Journalists (CPJ, in English), Tom Rhodes. ”It is difficult to know what is happening there.”

This hermetic country, known as ”North Korea of Africa”, is in last place in the ranking of RSF in freedom of the press in 2014, ahead even of China, Syria or Iraq.

Eritrea is also second in the world with more journalists imprisoned, only behind China.

NF, Eritrean journalist who fled after being imprisoned three times and prefers not to be named, tells Efe that during his captivity, torture such as sleep deprivation, beatings, bread and water diets were frequent, although there were various levels chords the crime committed.

”Mine was the lowest. The others wanted to have my level of torture” recalled in a phone interview.

N.F. explains that a ”climate of fear” among Eritrean journalists by infiltrating government informants in the media; just a complaint to be transferred to a ”torture camp”.

No private media and those that are government-owned, follow a ”ultranationalist” belligerent, where censorship is full speech. Freedom of speech, press, assembly and association are limited.

Rhodes claims that Eritrea is ”the most censored country in the world” where there are no critical voices against the Executive, which would be ”suicide” for the current government of the People’s Front for Democracy and Justice (PFDJ in english).

It may take months between the Government discusses what is published and police calls the doorstep. ”I blindfolded and take you to a prison,” complains.

In this climate of terror, the Eritrean journalists follow government guidelines, which convert well to the media on a ”propaganda machine”.

Since 2001 President Issayas Afeworki close down all privately owned media in Eritrea, foreign correspondents have been expelled and there is no longer any in the country. Meanwhile, government censors filter the news coming from abroad.

Thus, according to RSF report, the Government has prevented the arrival of any news about the Arab Spring and internet penetration in the country is tiny, controlled by the only existing telecommunications company, which belongs to the State.

The only way to obtain information not censored by the government is on the websites of the diaspora, although it is necessary to make these queries with caution because the complaint just a spiteful neighbor to finish detainee says NF

The government uses these arbitrary arrests to intimidate journalists, for reasons ranging from political opposition to practice no religion recognized by the state, evading conscription or trying to flee the country, told Efe researcher to Eritrea Amnesty International, Rachel Nicholson.

And even if they could, account Nicholson, flee entails other dangers, especially for those who remain: the government retaliates against the family of those who manage to escape the authoritarian country.

The ”paranoid” Government of Eritrea, according to the organization ”Index on Censorship”, rejects accusations of NGOs and Western governments over its violations of human rights and argues that they are ”politically motivated”.

Those journalists who publish criticism of his management, or suspected of not agreeing with the party, accused and arrested for acting ”against the interests of the nation” Rhodes concludes.