Politics: Eritrea is one of the world’s youngest nations with its just 21 years, despite having a very bloody past.

Professor at the Center for African Studies at the University of Copenhagen, Holger Bernt Hansen, explains the situation in Eritrea.

* What kind of a country?

– Former Italian and British colony, which later came under Ethiopia. Got after secession struggle independence in 1993. Freedom of movement of that time still believe that it has the exclusive right to power because it fought for independence. This has led to an authoritarian regime. The opposition is knocked down. Courts are incapacitated, if they do not just follow the government.

* What they flee from?

* How is the stability of the country?

– The iron fist that rules the country, creating a stability. But it brings uncertainty with it. Anyone who utters a negative view of the regime, is silenced or rotting in prison. The opposition has poor conditions. Many NGOs – especially Christians – have been kicked out. The press has also been silenced.

* How is Eritrea’s relationship with international institutions?

– Poorly. Eritrea is under sanctions from the UN and the African Union due to support for the Islamist terror group al-Shabaab in Somalia.

* Is a regret letter and payment of additional taxes enough to return safely to Eritrea?

– The state uses the situation to get money. Whether it is enough for the individual, I can not say. 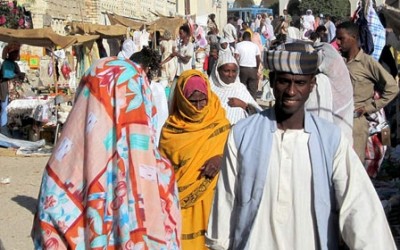 The Eritrean regime is very happy with Denmark

Eritrean journalist Habtom Yohannes writes that the Danish Immigration Service’s ”flimsy and harmful report” on Eritrea is playing right into the regime’s hands.