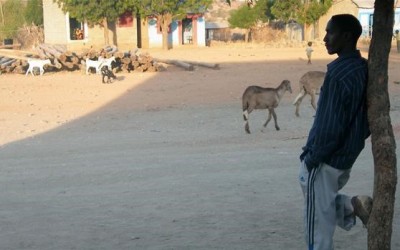 The Danish Eritrea-report do not give a true picture of the situation in the country, says Swedish legal expert.

Danish Immigration Eritrea-report is misleading because you have not been critical and wide enough in his use of sources.

How is the criticism from Carl Bexelius who is deputy head of legal affairs at the Swedish Migration Board, which corresponds to the Danish Immigration Board. Sweden has also seen a large influx of refugees from Eritrea over the past year.

Monday struck the Danish report a large bump on the road since the report only named source, the English professor Gaim Kibreab, decided to withdraw his name from the report.

Eritrea is located in the northern part of East Africa with coast along the Red Sea and bordering Ethiopia, Sudan and Djibouti.

The country has, according to the World Bank about six million people – however, figures are highly uncertain, as no action is taken censuses.

Previously an Italian colony and was in 1952 annexed by Ethiopia. Fought against them a war of independence from 1961 to 1991. Sidener mode between the two countries described as ’no war and no peace’.

Eritrea is one of the world’s poorest countries and is located at the bottom – in North Korea – in the list of world countries degree of freedom of the press.

He believes that he has been misquoted in the report and that his opinions have been put together with the report’s anonymous sources to reinforce their views.

Now the report again criticized – this time from the Swedish side.

– The report provides a picture of the situation in Eritrea, which is better than it in fact is the case. It is simply misleading, says Carl Bexelius.

He does not believe that the Danish Immigration Board has been good enough in their choice of sources, which results in the report being untrustworthy.

– There are problems with the sources that the report makes use of. A report like this needs a wide variety of sources that can give a picture of the whole situation in the country.

– This report has placed much emphasis on the opinions of the embassy and diplomats who do not have access to first hand information.

– When you do a study like this, you need addressing, for example, the government and NGOs. They have important information and experiences that you need, says Carl Bexelius.

Do not recommend return ticket

In Sweden they are of the opinion that it is not safe to send deserters and conscientious returned to Eritrea as refugees at risk of imprisonment and torture.

– We are of the opinion that you can not return to Eritrea without risking consequences. Therefore, we give asylum to between 98 and 100 percent of all refugees from Eritrea, and we do not recommend people to take back, says Carl Bexelius.