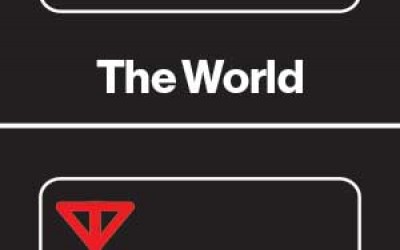 Three years ago, a ship carrying African migrants sank off the coast of Libya. More than 200 drowned, including dozens of young people fleeing their repressive, impoverished home country of Eritrea. Few noticed. “The accident wasn’t broadcast at all,” says Selam Kidane, a human-rights activist and Eritrean expatriate in London. At that time, all eyes were on the Arab Spring; after the ship disaster, Kidane and other expats resolved to try to change the status quo in their homeland, too. “We were trying to look at ways of giving that kind of revolution a chance in Eritrea,” she says. “Then we realized that we were lacking the infrastructure that was in Egypt or Libya. Or anywhere.”

Most of Eritrea’s citizens had no idea the regimes of nearby countries were crumbling—or that a ship full of their countrymen had gone under. That’s because Eritrea, a Pennsylvania-size nation of 6 million, is the least connected country on earth, according to data compiled by the United Nations’ International Telecommunication Union (ITU). For the past six years, Reporters Without Borders has ranked Eritrea the world’s worst in terms of press freedom. During the Arab Spring, Kidane and other activists began using radio signals to broadcast news into Eritrea. Libyan President Muammar “Qaddafi was one of Eritrea’s most loyal supporters, and [the government] still hasn’t reported on his death,” she says.

On Africa’s east coast, bordered by Sudan, Djibouti, and Ethiopia—from which it declared independence in 1993—Eritrea is a preindustrial country run by a 21-year-old dictatorship. Holding its citizenry like hostages, it’s known in the international press as the North Korea of Africa. Officials at the Eritrean Embassy in Washington and the president’s office in Asmara declined to comment for this story.

By some measures, Eritrea’s technology is worse than that of Kim Jong Un’s benighted fiefdom. Eritreans are permitted to place international calls and to access the Internet, uncommon privileges in Pyongyang. But only 1 percent of Eritrea’s population have a landline, according to ITU data, and only 5.6 percent have a mobile phone—the lowest share in the world. In North Korea, 4.7 percent of people have a landline, and 9.7 percent have a cell phone, not counting phones capable of making international calls that have been smuggled in from China.

Eritrea’s sole telecommunications provider, Eritrea Telecommunication Services (EriTel), is a government-controlled entity that can be difficult to deal with. To obtain a mobile phone, customers must pay 200 nakfa ($13.29) to apply for permission from the local authorities. They then pay EriTel $33.60 to get up and running, plus at least $3.65 every time they add talk credits to their SIM card. In a country where the average annual per-capita income is about $504, the fees add up fast. Those Eritreans who are fulfilling compulsory national service aren’t allowed to own cell phones.

The country’s first unofficial e-mail service was set up in the mid-1990s by Robert Van Buskirk, an American Fulbright scholar determined to stay in touch with his girlfriend back in the States. With help from Craig Harmer, an old high school friend, he connected a computer at the University of Asmara to one in California, using international phone calls to pass along e-mail messages. “For a couple years, we were running the whole country’s e-mail through Craig’s little private domain name: punchdown.org,” recounts Van Buskirk, now a program manager at the Lawrence Berkeley National Laboratory.

Today, fewer than 1 percent of Eritreans go online, according to ITU. The Internet is available in a handful of places, including Asmara, the capital—but it’s almost always via dial-up and requires Zen-like patience. “Even after waiting half an hour, you might not get to the page you want,” says Salem Solomon, an Eritrean-American journalist who attended college and worked as a reporter in Asmara. “Connectivity is very, very, very, very bad.” Eritrea was the last country in Africa to get a V-SAT (very small aperture terminal) connection linking it to the World Wide Web and remains one of the continent’s only two coastal nations without fiber-optic connections. There are only 146 fixed-line broadband subscriptions in the entire country. A handful of residents get dial-up connections at home for about $200 per month, says Tes Meharenna, who runs the diaspora site asmarino.com.

Eritrea has roughly 100 Internet cafes, Meharenna says. Most have 10 or fewer computers and are outfitted with waiting rooms. A typical hour of use costs $1.34, the equivalent of seven loaves of bread. At night, when the shops are closed and online traffic is down, some cafe owners download American movies and TV shows, such as Prison Break and Grey’s Anatomy, which they screen for a fee.

There’s little evidence Eritrean officials censor the Internet, perhaps because high costs and inefficiency have hamstrung its use as a tool of dissent. In an effort to reduce load times, some early political sites omitted videos, images, and ads so that “people with outdated hardware and software and limited bandwidth [would be] able to have access,” says Victoria Bernal, a professor at the University of California at Irvine and author of the forthcoming book Nation as Network: Diaspora, Cyberspace, and Citizenship. One Eritrean, who spoke on condition of anonymity to protect his family, says smugglers who help citizens flee the country often coordinate with low-bandwidth Yahoo! (YHOO) Chat.

Using an Eritrean phone book, the expat Kidane and her diaspora group began robo-calling Eritreans in 2012, telling them to protest the government by staying home on Fridays. They converted the contact numbers into a spreadsheet and raised $33,600 to finance a series of calls. “We would tell them we’re worried about them, worried about what’s happening in the country, and that we wanted people to start resisting the government,” Kidane says. Many were receptive. Some were afraid simply receiving the call could put them in danger. In May, the government blocked a batch of calls scheduled to coincide with Eritrea’s independence day celebrations, she says.

Kidane’s group has also started an online antigovernment newsletter, which in-country contacts help print and distribute. “We know it will take time, but we want to keep the spirit of resistance alive,” she says. The economically struggling government, she says, has incentives to strengthen communications technology: “The government wants the economy to improve. They want mining to improve and tourism to improve. For that to happen, they’ll have to create infrastructure.”