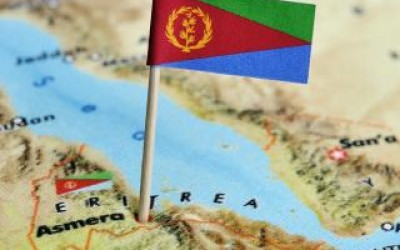 The major influence of Eritrea community in Netherlands

The dictatorial Eritrean government of Isaias Afewerki has different paths through a huge influence on the thinking and actions of the Eritrean community in the Netherlands. This is clear from discussions that had NU.nl with Eritreans who have turned against the regime.

NU.nl wrote on May 9, 2014 an article on the growing stream of refugees from Eritrea, with guidance on the deplorable conditions in the country. In the piece Meseret Bahlbi, nuanced by the Eritrean Association Amsterdam and Environment (EVAO), the negative impact of the regime on the population.

Bahlbi gave, despite pointed questions about his background and ideas, in a later interview to be the YPFDJ the jongerentak the party of President Afewerki member. He asked to speak on behalf of the community, and not on behalf of the political party.

Bahbli joined as a boy in his own words at YPFDJ ”to do something back to the community.” Some family members – including his eldest brother he never knew – were killed in the war of independence with Ethiopia.

The struggle for independence, according Bahlbi still ’fresh’ and ’the realization that Eritrea 24 years ago was a dream and without foreign aid is achieved, it will not be lost so quickly. ” The cultural and related to the history of Eritrea activities YPFDJ talk to him.

A group is openly before the regime of Afewerki and active wear. Latter’s point of view A second group is the fragmented opposition who strives for democracy and freedom.

The largest group is Tekeste according to what he calls the ’middle group’. Habtom Yohannes, a Dutch journalist of Eritrean origin, suggests that there is also an independent group that wants to establish. Denounced because of their own profession or conscience things

Tekeste:. ”The middle group you do not hear people in that group are afraid to talk, or they do not know who to believe they hear stories about abuses in Eritrea, but unwilling or unable to believe that their government has betrayed them.. get the regime, mainly because of the struggle for independence, soon the benefit of the doubt. ”

In addition, as Tekeste says that it takes much time to delve into the complex political situation and that the alternative is difficult to estimate. According Tekeste is therefore within the community safer and easier to connect with the ’stable’ dictatorship, then in the opposition you.

”The propaganda machine of Eritrea is extremely strong,” said Tekeste. ”In a subtle way, the new generation of brainwashed, so to set. Financial and moral support to the regime for the future safe Anything negative about the regime is firmly denied.”

Tekeste explains that PFDJ, the party of dictator Afewerki is automatically switched to Eritrea. If you turn against the party, so does the propaganda believe once you against Eritrea. Eritreans in the diaspora are generally nationalistic and seeking stability. The silent majority has therefore chosen according Tekeste for ’stable’ dictatorship.

With the regime’s propaganda machine tries Eritreans abroad financially and morally to the regime to bind. The country is heavily dependent on the financial support of Eritreans who moved across the border.

Yohannes stressed that the regime ”massive investments” to bind it. Diaspora to the party ”For example, a television channel that broadcasts 24 hours to the diaspora while people in Eritrea only electricity and water.”

The propaganda machine is sometimes used in the Netherlands at meetings of Eritrean associations.

These meetings usually have a festive character: Eritreans in the middle group and supporters of the regime going for fun, and to eat and dance. However, frequently come dignitaries from Eritrea to the events and speeches in response to the nationalist sentiments of the community.

Yemane Ghebreab, the right hand of the president, for example, is on average once a year for an event in the Netherlands, but also ministers and other representatives are often the party.

Regularly at the meetings is also talk of fundraising, confirm both Tekeste as Yohannes. After a speech about the history of Eritrea, is an accomplice of the regime in the audience to say that Eritrea deserves more funding.

A bidding process follows, under the watchful eye of a government representative, someone from the consulate and a representative of the government. Eventually a ”binding agreement” is made on the amount to be paid extra, often several hundred dollars per Eritrean.

Yohannes that the figure also applies to people who are not present at the meeting, or people who have recently come to live in the Netherlands. Later

Bahlbi recognizes that there must have been. ”Fundraising” in the past, ”especially during the last war with Ethiopia and beyond” ”Similar to Giro 555 after a disaster.” He stressed that the contribution is voluntary. ”Since I am active in the community, about six years, I have not seen.”

Do not pay in time, but you can write all kinds of important services of the consulate on your stomach. Yohannes and Tekeste propose that family members may be adversely affected. Eritrea Company Permits may be revoked and public services are denied.

Yohannes: ”The regime is out that you pay, and therefore used different tactics to put you under pressure If your mother dies in the Netherlands and you want the body to transfer to Eritrea, then ask the consulate if she and her family on their. obligations are met. ”

Also, according to Yohannes planned so that ”your sister in Eritrea the house of your parents can not inherit because the consulate wants to put a stamp on the letter where you have to put your signature to give your sister permission.”

Representatives of the Government encourage action according to Yohannes, and set example that one does not have to go. Birthday, funeral or christening service of a critic

According Tekeste every Eritrean feels the pressure from the government. He argues that there is fear and that people ”count their steps”.

Exceptions are those who in any way have more links with the country of origin. They do not have to go to the consulate and are therefore not encouraged to pay for example.

The pro-government Bahlbi has always stated in previous interviews that the influence of the Eritrean Government on the actions of Eritreans in the Netherlands is precisely nil.

”The government has other things on their minds than to keep up with things in the Netherlands is concerned,” he says.

Bahlbi recognizes that sometimes representatives of the Eritrean Government on the floor coming at events of EVAO.

According Bahlbi it is possible to express the Eritrean government criticism: ”That there are political prisoners in Eritrea is clear and that much needs to change in terms of adjudication and legal system as we all agree.”

Journalist Yohannes is angry Bahlbi and states that he is pulling the wool over the eyes of the Dutch media and society. ”Dutch politicians and Dutch society lied. And he does it again, because he has to defend the regime on the backs of the asylum seekers and the Eritrean people.”

Tekeste wants a ”constructive and open debate” is aimed at a ”positive future without compromise in the area of ​​human rights and humanitarian values. Without recognition of errors and profound change there is no progress and keep people flock flights.”

Tekeste: ”It is a difficult moral dilemma that the once close-knit community slowly apart.”