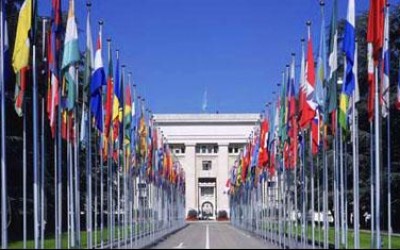 GENEVA (Reuters) – Eritrea is running a forced labor program that is spawning human rights violations and fuelling a refugee exodus, according to a report that will be debated next month at the U.N. Human Rights Council.

Sheila B. Keetharuth, an independent investigator who is the U.N. ”special rapporteur” on human rights in Eritrea, wrote that torture, sexual violence and extra-judicial killings ”continue unabated” in the Horn of Africa country.

Her report said that fear and experience of national service – an indefinite conscription that amounts to forced labor – were prompting many people to flee the country.

”The military police carries out routine conscription round-ups, known as ’giffas’, in homes, workplaces, the street or other public places, with the aim of rounding up persons considered fit to serve, draft evaders and those who escaped from national service; including minors,” the report said.

”Opposing such a round-up can lead to on-the-spot execution, as deadly force is permitted against those resisting or attempting to flee,” it added. The Human Rights Council will debate the findings in Geneva on June 16.

The U.N. refugee agency UNHCR estimates that 2,000 people of Eritrea’s 6 million population are fleeing every month, the report said, and their relatives are forced to pay fines of 50,000 nafka (about $3,350) for each family member who has left.

Most Eritreans cannot afford such a sum, so a family member may be detained until the money is paid, or business licenses or property may be confiscated, the report said.

Eritreans are the most numerous among those attempting the risky crossing from North Africa to Europe by boat, a trip that has killed hundreds so far this year.

The government began its program of national service in 1995 but it has turned into an indefinite conscription, the report said. Many people are put to work in reforestation, soil and water conservation and reconstruction.

Eritrea dismisses charges of rights abuses and says it has indefinite military service due to a festering border dispute with Ethiopia.

Keetharuth’s report said draft evaders and deserters ”face heavy punishment, including lengthy periods of detention, torture and other forms of inhumane treatment.” Many women who are drafted are raped by army commanders, or punished for resisting.

Keetharuth asked to visit Eritrea for her investigation, but was refused entry. She collected evidence from Eritrean refugees in four countries and plans to visit three more.