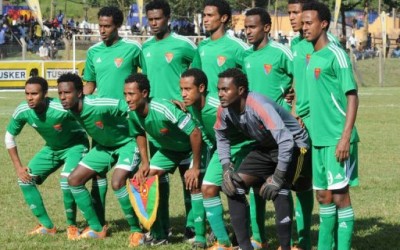 THE HAGUE, Netherlands (AP) — The mayor of a small Dutch town says a group of former Eritrea national team footballers who went missing after a tournament in Uganda in 2012 and sought asylum is now living in his town.

Gorinchem Mayor Anton Barske told public broadcaster NOS on Saturday that the Eritreans have been granted political asylum in the Netherlands and have been housed in the town 75 kilometers (45 miles) south of Amsterdam.

Barske says ”there are teams in Gorinchem who are very interested” in the players but that the men’s first priority is getting used to life in the Netherlands.

The group of 17 players and their team doctor disappeared in December 2012 after being eliminated from the east and central African CECAFA Cup.