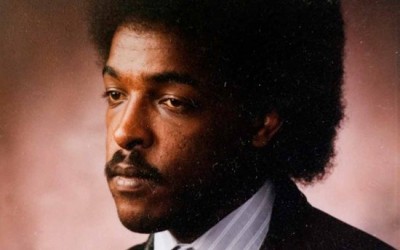 They are reported for crimes against humanity, torture and enforced disappearance.

– We want to put pressure on those who are personally liable for Dawit’s incarceration, says Jonathan Lundqvist, President of Reporters Without Borders.

Swedish-Eritrean journalist Dawit Isaak, imprisoned in September 2001 and has been in prison for almost 13 years without trial or judgment.

Can be examined by a Swedish court

– The people we now report are all in the Eritrean leadership bears full responsibility for Dawit Isaak, imprisoned. Therefore we want the Swedish police are investigating the matter and will take them in for questioning if they come to Sweden, says lawyer Percy Bratt.

The new right of crimes against humanity in Sweden has not been tried before. Now may be the first time. The law applies from 1 July. The law means that the Swedish court may examine crimes against humanity regardless of who committed them or where they are committed. Police report means that the Swedish authorities to take action against the notified people when they come to Sweden. 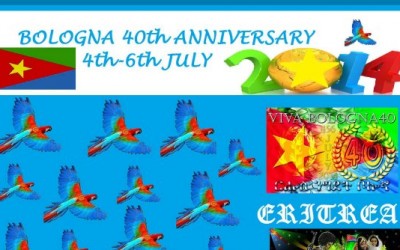 Festival Eritrea, is chaos for the approval of the City: ”Advertising a dictatorship”

That Mess Eritrean festival. Do not calm down the protests around the big international event Eritrea Bologna Festival to be held in Bologna 4 to 6 July 2014. Accomplice error of form and substance councilor welfare of Bologna, Amelia Frascaroli, that a few months ago the approval granted to the event, forgetting the many complaints of the international organizations that have recognized the authoritarian system in place in Eritrea which limits the political freedom of the press, and has informally suspended elections for 20 years (unofficial estimates recorded 10 thousand political prisoners and 360 dungeons ed.) ”The historical and cultural confusion in Italy is so great, is among the parties that the institutions,” says the fattoquotidiano.it Dania Avallone Coordination of Democratic Eritrea, ”not even on the website of the Ministry of Foreign Affairs should be noted the dictatorial system of the Eritrean government of Isaias Afewerki.”

The Avallone, biologist, from ’93 to 2001 to work for the ministry of marine resources Eritrean – ”with local minimum wage,” says – Principals will participate in the non-violent and counter-information that the association Asper held in Bologna in conjunction with the Festival ”organized – as they say the protesters – directly from the regime in Asmara to make propaganda.” More than ten thousand people are expected to Parco Nord in Bologna on the weekend to follow the four stages of the event offending with live music, meetings and celebrations, officially, the 40th anniversary of the Eritrean festival that was held in Piazza Maggiore in Bologna in 1974. other times and other roles and historical meanings: beyond the Eritrean war of Independence against the neighboring Ethiopians, here’s devotion to the leader Isaias Afewerki, the protagonist of the articulated and long socialist revolution in his country during the eighties and the 1993 undisputed leader of government no longer inconsistent. ”We tried not to make this festival – said Siid Negash always Coordination of Democratic Erirtrea – now with our presence outside North Park with a garrison for the entire duration of the event and with a public seminar on the chairs of the Cinema Under the stars in Piazza Maggiore in the afternoon of July 5, we want to say to our countrymen peacefully that you may be out by the regime and express what you think.

With us, there will also be consuls and ambassadors who have long since abandoned the scheme, which unfortunately will be held in Bologna. ”Yes, because the mess has a certain lightness combined with historical and political welfare Frascaroli the commissioner, former Sel now the Democratic Party: ”We thought it was a normal local festival of the Eritrean community in Bologna, for it had given the green light”; even if the embarrassment was immediately turned into dissociation, at least symbolically, ”Now no longer have the patronage and even aid economic or logistical.” Difficult for the junta Merola retrace their steps in view of the massive machine logistics put in place by the organization of FestivalBolognaEritrea that between the performance of dozens of artists coming directly from the country of the Horn of Africa, will also have a direct bearing on the TV Asmara and President Isaias Afewerki. ”Saturday afternoon in the square show the video of the journalist Fabrizio Gatti where we talk about everything going wrong with Eritrea,” it said Avallone, ”Italy has awakened the case just in front of dozens of Eritrean refugees died at sea in Lampedusa. ”The appearance, however, that the Italian political parties do not understand – she explains – ”is the dramatic situation of the members of the so-called ’diaspora’ of Eritrea. Let’s talk about two million people across Europe and in Italy for two types of migration: wealthy families came from Eritrea via many years ago with young graduates who organize events like those of Bologna and recent refugee children and young people with nothing, angry and traumatized . In addition there is the formal support of the embassy that in the document sent to the Ministry of the Interior has defined a gang of troublemakers terrorists. ” 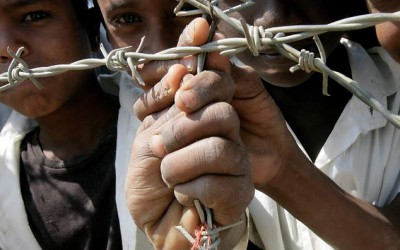 Australia has joined international condemnation of the African nation of Eritrea for alleged human rights violations.

Australia has joined international condemnation of the African nation of Eritrea for alleged human rights violations.

A report to the UN’s Human Rights Council has found thousands of civilians are fleeing Eritrea every month because of the actions of their government.

It’s calling on the Eritrean government to take bold steps to address human rights abuses, to stop the outflow of refugees.

In her latest report to the Human Rights Council, Special Rapporteur for Eritrea, Sheila Keetharuth, has again listed a series of serious concerns.

She says one of the main reasons people are fleeing from Eritrea is the system of compulsory military service, introduced after the war against Ethiopia that led to independence in 1991.

Ms Keetharuth says in many cases, national service has become a form of indefinite forced labour.

”Initially, the majority of Eritreans embraced the idea of an 18 month long national service, to support the development and reconstruction of the country after the independence struggle. Many Eritreans returned from abroad to serve the country. However, in the meantime, the authorities have transformed the national service into a system by which they force people to work for the State for lengthy periods, sometimes until retirement age, without adequate remuneration.”

Ms Keetharuth is also critical of secret detention centres which she says are used for those who refuse to undergo military service, as well as political prisoners, journalists, returned asylum seekers, and members of some religious groups.

The Special Rapporteur says there’s a disconnect between the goals of individual Eritreans and the expectations their government is forcing upon them.

The Special Rapporteur says her report is based on credible sources, even though she’s been refused permission to visit Eritrea.

”Access to Eritrean refugees and migrants on the territories of neighbouring countries to collect first-hand information has also not been very forthcoming. I therefore appeal to the 14 member states that have not responded or that responded negatively to my visit request to grant me access to facilitate the delivery of the mandate that the Human Rights Council entrusted to me.”

He says it’s just the latest evidence of what he describes as an agenda against Eritrea.

”We do not want to go into the detail of responding to this highly sensational and seemingly appealing statement, as we have done so many times in responding to the various issues that have been raised. ”

Mr Gerahtu says the Eritrean people have been fighting for decades against occupation of their territory, and is already facing a series of UN sanctions.

He says the government is doing all it can to address human rights concerns.

”Politically motivated allegations disguised as human rights issues have also constituted another front, posing challenges to my country. Eritrea readily acknowledges, like all other countries, that it faces human rights challenge that the government constantly fights and seeks to address. The categorisation applied of clause violation of human rights in Eritrea is, however, totally unacceptable.”

Eritrea wasn’t alone in the Human Rights Council, with the representative of Sudan warning against double standards and politicisation.

Sudan said the Eritrean government had shown it was making efforts to protect human rights.

Nevertheless, the majority of countries that spoke on the issue were supportive of the Special Rapporteur and her findings.

”Australia encourages Eritrea to improve its engagement with the Special Rapporteur in order to arrive at long lasting human rights solutions that comply with international standards.”

Australia is home to about 3000 people from Eritrea – most of them refugees.