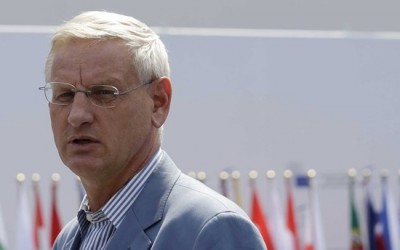 Sweden shows a diplomat from Eritrea

A diplomat from the country of Eritrea in Africa are forced to leave Sweden. This is a way for Sweden to show their discontent with the government of Eritrea. But we do not know what the Swedish government is really unhappy with.

Diplomats are people who work for their governments in another country. And the person who worked at the now expelled Eritrean embassy office in Stockholm. But now he must therefore leave Sweden. It decided the Swedish Foreign Ministry, Foreign Ministry today.

So far we do not know why Sweden has expelled the Eritrean diplomat. It can be due to several things.

Dawit Isaak
The Swedish-Eritrean journalist Dawit Isaak has been locked up in prison in Eritrea since 2001 Sweden wants Eritrea to release him and let him go home to Sweden.

To pay
Many Swedish-Eritreans commits have complained about the Eritrean embassy. They feel that they are forced to pay money there in a special tax, otherwise they may not help with passport and other important papers from the embassy.

Espionage
There are Eritreans who have fled to Sweden who believe that staff at the Eritrean embassy spying on them.