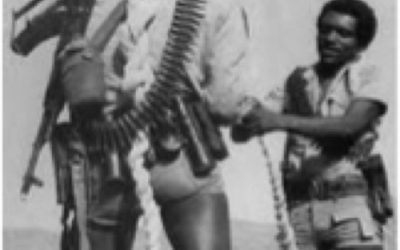 Ignore them not: Eritrean Veterans

Many of our Veterans came to a foreign country after they were deceived by what surrounded them.

Some left when their group was dissolved for reasons they still do not understand (ELF).

Some left our liberated country when the conditions surrounding them did not fit what they expected and did not testify to the reasons they left their families and joined the armed fight (EPLF).

Some others, a younger generation, left because – they say – the system crashed them instead of helping and respect them (Warsay – Ykaalo).

These groups of Veterans are totally ignored by the media. Foreign media or Eritrean media likewise.

Suicide in the Eritrean communities is concentrated mainly among Eritrean Veterans. For them facing unemployment, absence of college education, shortage of family’s and community’s support when they arrived in the foreign country, made them more vulnerable and – at times – prone to point a gun barrel into their mouths and pull the trigger (many died of self-inflicted wounds  in our beloved country, Eritrea). There was never a structural system built to help our Veterans, let alone providing them with the basic survivals kits of finance, medical, educational and emotional support.

Married and un-married Veterans were likely to face the thought of committing suicide, but divorce rate are tied to the aforementioned reasons.

Suicide comes with a stigma.

The system is never blamed even though it should be kept responsible. For, it never tried to reach out to Veterans and involve educated Eritreans to reach out to our Veterans. Suicide, drug use, alcohol cannot be prevented by talks in our comfortable living rooms or over the phone to fill up our office’s break time. These are problems that should be addressed with immediate attention.

The rule is that most people committing suicide are those ignored by society around them.

Neglect of our Veterans is not a “flu-like-virus” that we can heal with a medical prescription, or with offering some money to buy said medication and then walk away.

Along with a day for our Veterans, we should include a rule to assist those we lost to drug, alcohol, lack of financial support and more shortage of assistance. We should reach those that are living in shelters and being abused by the physically stronger gang members.

We need to acknowledge the elephant sitting at the center of our lives: we ignored them and focused only to compete and make our life, our kids’ and our bank accounts larger and fuller.

We need to rescue them from poverty and from “giving up” on life.

We need to tell them that we are their families composed by Veterans and sisters, brothers, daughters and sons and elderly parents. We should make them believe that they are not alone.

An Eritrean martyr said: “An Eritrean is never alone”. Let us follow that quote and make it our daily choice to fulfil.

Suicide, drug use and surrender to alcohol is a problem that existed since, but it is a shame when our great Veterans fall

into the crevices of life and stretch their hands screaming for help. Most of the times we ignored them because we are so taken away with our own lives.

But they do exists! Our Veterans are around us.

We meet them and greet them as if they are only our neighbours, the valet parking our car at hotels. The waiter cleaning our table after lunch at a fancy restaurant.

They stayed behind in education because they were liberating our land and we were enjoying education at Ivy League colleges.

They stayed behind with high employment skills, because by the time they joined us abroad, they were of old age, illiterate and had a family to sustain.

They accepted to clean our garages and stared at us driving our fancy cars, because they could never cope with the time between us.

The time between us is like a huge spiral they are not able to come afloat from.

They were fighting a war for us and we were building security for ourselves.

The list is long and unbearable to read and then have the courage to look at them while enjoying a free country we all call Eritrea. Because they gave us a free Eritrea!

But is never late to hold their hands and say: Thank you!
To say: I honor you because you honored me by giving me freedom!

The day to appreciate them is today! It is all our tomorrows and it was all our yesterdays.

Dedicated to:
Tegadalay Dawit “Shaleka”
You took your own life.  We will never forget you!