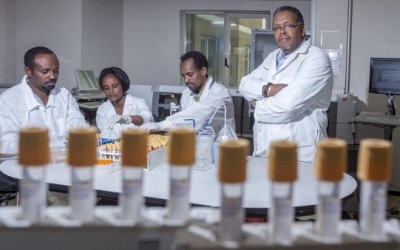 Ten years ago, Tamrat Bekele would have been lucky to find 25 customers a day. Today, his medical laboratory in Addis Ababa tests 10 times as many.

The Ethiopian entrepreneur is surprised less by the swell in business than the rising popularity of tests more often associated with affluent, western lifestyles, especially cholesterol and hypertension.

“We used to be overwhelmed with infectious disease but as the middle class increases and lifestyle changes, all these non-communicable diseases are now rising very, very fast,” says Mr Bekele, who hopes International Clinical Laboratories, the most advanced testing facility in Ethiopia, can expand

to serve more of the country’s 90m people, as well as other countries in eastern Africa.

Although Ethiopia remains largely agrarian, poor and closed to foreign investors, it is also one of Africa’s fastest-growing economies and the last big market on the continent that investors want to crack.

“When I opened this place, I’d say 10-15 per cent of people in Addis [Ababa] could afford us, today it’s 70 per cent,” says Mr Bekele of his 900,000 customers to date. Growing wealth and sedentary lifestyles also amplify old traditions that die hard. “Traditionally Ethiopia is a very . . . meat-eating society,” says Mr Bekele, adding that rising spending power is raising an already high consumption of red meat, which may increase the risk of diabetes.

Lab work reflects other social developments. Mr Bekele trains judges in paternity testing because so many court cases focus on inheritance claims. His plan to bring DNA testing in-house will reduce the fee to $60 from $250 (tests currently have to be carried out in the US).

The government is also making DNA testing for flight crew and army personnel compulsory, while bringing in mandatory healthcare insurance for the broader population and introducing a kidney transplant programme – all of which will necessitate more tests.

Mr Bekele came up with the business idea when he came home from the US in the 1990s to assist his father, who was sick with cancer. He was appalled by long queues and poor hygiene at the local testing facility. “It was a horrible, horrible place and it just hit me: ‘What am I doing? I have this ability [to do something about it], it’s what I’m working in’,” says Mr Bekele, who was then director of operations at LabCorp, a large listed US diagnostics company.

It took him 11 years to apply his expertise and navigate red tape and the impact of war with breakaway neighbour Eritrea, while also convincing the US government to lend him $500,000 to start up his business in the capital.

The 46-year-old says he would never have stuck it out were he a foreign investor without blood ties to Ethiopia: “It made me determined to stay despite all the problems.”

He now believes he can compete across the continent, aided by the fact that wages in Ethiopia are eight times lower than in South Africa – which boasts two world-class labs – and five times lower than neighbour Kenya.

The network of the state-owned Ethiopian Airlines is extensive enough for samples to be flown into Addis from across the region. As part of a drive to double revenues in two years, Mr Bekele plans to open in Sudan, South Sudan, Kenya and Uganda while also expanding domestic operations through profit-sharing partnerships with hospitals outside the capital.

Next month a regional private equity firm that prefers not to be named will back Mr Bekele’s vision by investing $2.5m. But he is far more excited about the prospect of setting up a gym and health food store, as well as promoting walking. “The good thing is all these new diseases are preventable, and that’s what we’re trying to do.” 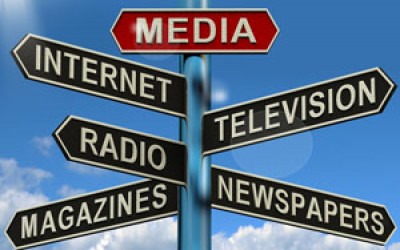 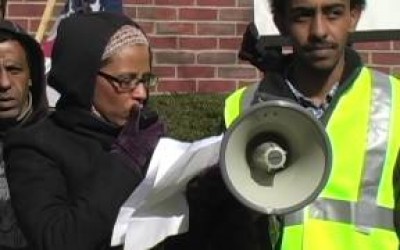 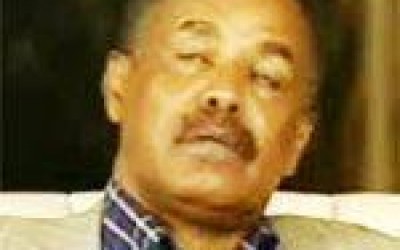 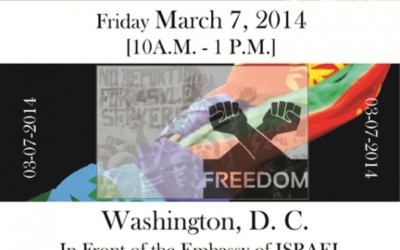 Protest Against Inhumanity in ISRAEL

In Front of the Embassy of ISRAEL