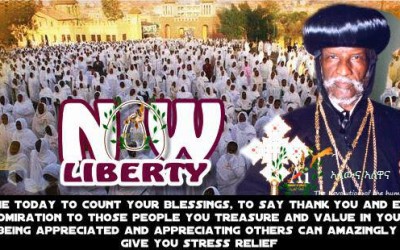 The U.S. Commission on International Religious Freedom (USCIRF) solemnly marks the 10 year anniversary tomorrow of the illegal removal and detention of Eritrean Orthodox Patriarch Abune Antonios as head of the Eritrean Orthodox Church.

“USCIRF calls on the Eritrean government to immediately release Patriarch Antonios and allow him to return to his rightful position as head of the Eritrean Orthodox Church,” said USCIRF Chairman Dr. Robert P. George.

Eritrean authorities informed Patriarch Antonios on January 20, 2006 that he would no longer lead the country’s largest religious denomination. The government took this action after Patriarch Antonios called for the release of political prisoners and refused to excommunicate 3,000 parishioners who opposed the government.  On May 27, 2007, the Eritrean government replaced Patriarch Antonios with Bishop Dioscoros of Mendefera, forcefully removed the Patriarch from his home, and placed him under house arrest at an undisclosed location.  Patriarch Antonios continues to be held incommunicado and reportedly is being denied medical care despite suffering from severe diabetes.

“This anniversary should remind us all that the Eritrean people are denied the fundamental, universal human right of religious freedom.  The Eritrean government sends those whom they imprison for their religious beliefs to the harshest prisons and subjects them to the cruelest punishments.  We must continue to shine the light on these prisoners of conscience until they are free,” said Chairman George.

President Isaias Afwerki has ruled Eritrea since 1993.  His regime is among the most repressive in the world, with thousands of Eritreans imprisoned for their real or imagined opposition to the government and torture and forced labor are extensive. Between 1,300 and 2,000 people are imprisoned because of their religious beliefs, with the government torturing and beating religious prisoners, confining many in 20-foot metal shipping containers or underground barracks where some have been subjected to extreme temperature fluctuations. Since 2002, the Eritrean government has registered only four religious communities – the (Coptic) Orthodox Church of Eritrea, Sunni Islam, the Roman Catholic Church, and the Evangelical Church of Eritrea – and maintains tight control over their internal operations and activities.  No other religious group has been approved. Without such approval, no group legally can hold public religious activities.

Since 2004, USCIRF has recommended, and the State Department has designated, Eritrea as a “country of particular concern” (CPC), for its “systematic, ongoing and egregious” violations of religious freedom.   For more information, please see USCIRF’s chapter on Eritrea in the 2015 Annual Report.