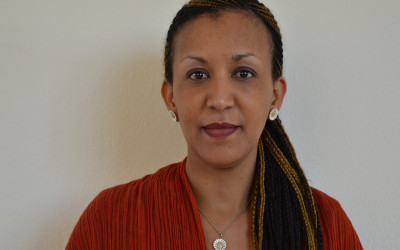 ROME (RNS) Gospel singer Helen Berhane found new life in Europe after fleeing Eritrea, where she was locked in a shipping container and tortured for her religious beliefs.

Berhane, who was released in 2006 after spending 32 months in custody, spoke recently at a Rome conference on Christian persecution in the hopes others might learn of the grievous human rights violations in her native land. The “Under Caesar’s Sword” conference was organized by the Center for Civil and Human Rights at the University of Notre Dame and the Religious Freedom Project at the Berkley Center for Religion, Peace and World Affairs at Georgetown University. The topic of Christian persecution has been highlighted numerous times by Pope Francis during his papacy.

“The only reason they let you go is when they torture you to death,” she said. “They don’t want you to die in prison, it’s not their responsibility, so they send you home to die.”

Berhane, who was arrested for evangelizing and releasing religious music, was released only after she became deathly ill.

Fisseha M. Tekle, a researcher at the organization’s East Africa office, described prison conditions as “appalling” and said detainees are subjected to torture and deprived of adequate food, water and sanitation.

Berhane was targeted because she was a member of a church banned by the Eritrean regime. The Eritrean government officially sanctions only four religions: the Roman Catholic Church, the Evangelical Lutheran Church of Eritrea, the Eritrean Orthodox Church and Sunni Islam.

The leaders of the latter two are appointed directly by the government, according to the U.S. government’s 2014 International Religious Freedom Report.

Berhane belongs to the Rhema Church, sometimes spelled Rema, a Pentecostal denomination that believes that the miracles in the New Testament continue to happen today and that speaking in tongues is a manifestation of the Holy Spirit.

Before her arrest, Berhane said, she traveled and preached, attracting huge support.

“I remember when I was in Eritrea before the church closed. We had a huge revival, so they arrested the pastor and I,” she said of her church, which had 4,000 members.

In 2004, the government began to crack down, said Tekle.

“The majority of these pastors remain in arbitrary detention. None have been charged with a crime or brought before a court,” Tekle said.

While jailed, Berhane was pressured to reject her beliefs but refused: “They always ask you to deny your faith and to deny Jesus. I always refused. … I always mentioned that I am not ashamed of the gospel.”

She passed the time praying, reading and singing.

“For me, to sing is like when you go to war; it’s a kind of energy,” she said. “When I’m singing, sometimes I feel something release.”

At winning her freedom, Berhane was unable to walk, had kidney problems and had no access to medicine. Security forces continued to harass her, and she decided to leave for neighboring Sudan, with the help of sympathetic immigration officers, she said.

They chose Denmark since it allowed them to move within a month. On arrival, Berhane received the medical care she needed.

Berhane said the situation in Eritrea is getting worse and huge numbers of people continue to flee the country. While many are escaping from religious persecution, others are fleeing compulsory military conscription and poverty.

According to the U.N. refugee agency, more than 250,000 Eritreans are currently living in neighboring Ethiopia and Sudan. Many travel farther afield, with Eritreans making up the fourth-largest group to reach Europe by sea this year, after Syrians, Afghans and Iraqis.

Berhane said many young people are arrested in Sudan and sent back to Eritrea, where they are jailed, while others trying to escape are shot at the border by government authorities.

“You cannot do anything by yourself. We need many kinds of people. It doesn’t matter what kind of religion they have or which doctrine; we must be united and pray for the voiceless.”

(Rosie Scammell is the Rome correspondent for RNS) 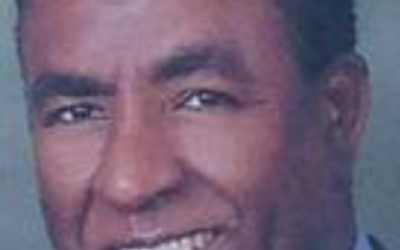