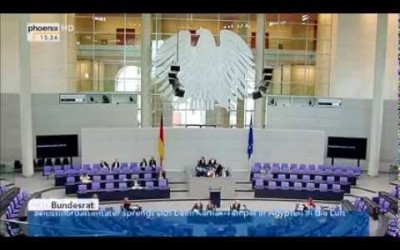 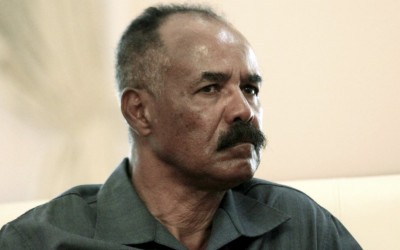 On Monday, the United Nations released the results of a year-long investigation into human rights in Eritrea. What it found was horrific. Detailing ”systematic, widespread and gross human rights violations,” the U.N. commission of inquiry argued that Eritrea was operating a totalitarian government with no accountability and no rule of law.

”The commission also finds that the violations in the areas of extrajudicial executions, torture (including sexual torture), national service and forced labor may constitute crimes against humanity,” the report said.

However, it appears the report failed to produce any mainstream outrage. Unlike similar U.N. reports on alleged crimes against humanity in North Korea, or online criticism of human rights abuses in places such as Saudi Arabia or Qatar, the horrific accusations against Eritrea didn’t produce a viral outcry.

Why not? It certainly doesn’t seem to be because of the severity of the accusations. Crimes against humanity are pretty much as serious as you can get, and it’s hard to read the United Nations’ full report and not be shocked.

It’s hard to imagine now, but hopes were initially high for Eritrea in 1993 after it gained independence from Ethiopia after 30 years of civil war. Since then, however, President Isaias Afwerki has clamped down and allowed no room for an opposition. The U.N. report described a Stasi-like police state that leaves Eritreans in constant fear that they are being monitored.

“When I am in Eritrea, I feel that I cannot even think because I am afraid that people can read my thoughts and I am scared,” one witness told the U.N. inquiry.

The system leads to arbitrary arrests and detention, with torture and even enforced disappearances a part of life in Eritrea, the U.N. probe found, and even those who commit no perceived crime often end up in arduous and indefinite national service that may amount to forced labor. Escape is not a realistic option for many: Those who attempt to flee the country are considered ”traitors,” and there is a shoot-to-kill policy on the border, the report said.

It’s also worth noting the significant effort and risk put into creating the report: The Eritrean government refused to allow the United Nations access to the country to investigate, so the U.N. team interviewed more than 550 witnesses in third countries and accepted 160 written submissions. Many approached by the United Nations declined to give testimony, even anonymously, citing a justifiable fear of reprisal.

A drawing provided to the U.N. by an Eritrean torture survivor.

Still, experts don’t seem too surprised at the lack of outrage generated by the report. ”Clearly, Eritrea doesn’t capture the imagination, or rouse the conscience of Americans, much in the way North Korea does,” Jeffrey Smith, an advocacy officer at the Robert F. Kennedy Center for Justice and Human Rights, explained. ”President Afwerki, while unquestionably a chronic human rights abuser and eccentric despot, isn’t portrayed by the American media in the same way that Kim Jong Un is.”

”North Korea also makes headlines for other reasons — namely its nuclear ambitions and the ongoing threat it poses to regional stability in East Asia,” he added. ”Similarly, while Eritrea is certainly a police state similar to North Korea in many ways, it’s largely kept out of the headlines because Africa in general doesn’t feature highly on the agenda of policymakers here in the United States.”

The fact is, while the scope and authority of the U.N. report lent its allegations an added weight, academics and human rights researchers had long written similar things about the Eritrean state without a significant mainstream response in America or Europe.

In 2014, for instance Human Rights Watch called Eritrea ”among the most closed countries in the world” and pointed to ”indefinite military service, torture, arbitrary detention, and severe restrictions on freedoms of expression, association, and religion.” Reporters Without Borders has repeatedly ranked it as the worst country in the world for press freedom — worse even than North Korea.

”The U.N. report? We knew it already,” said Ismail Einashe, a Somali-British journalist who works with Eritrean migrants. ”Too little, too late.”

Despite this, some reports on the country ignore this and focus on another aspect of Eritrea: Its unlikely tourism sector. International isolation, a history as an Italian colony and reported Qatari investment may have made Eritrea a unique if distasteful vacation destination: As one travel blogger put it last year, the capital of ”Asmara felt much more like Naples than North Korea.”

Sara Dorman, an expert in African politics at Edinburgh University, doesn’t think much of either comparison.

”I don’t think it’s particularly helpful,” she said of the country’s reputation as the ”North Korea of Africa.” At the same time, she stressed that Eritrea really does deserve to be seen as a special case. ”As somebody who studies authoritarian regimes elsewhere in Africa, the Eritrean regime’s control over its population is qualitatively different than other African states,” Dorman said, before pointing to features such as the scale of Eritrea’s intelligence service and the practice of punishing entire families for the crimes of one member.

There are plenty of historical arguments for why the world should pay more attention to what’s happening in Eritrea. Former colonial rulers Italy and Britain have an obvious legacy there, and so does the United States, which allowed Ethiopia to incorporate Eritrea with the aim of keeping the U.S. Kagnew Station military base in the country. In addition, Eritrea has a difficult recent history with its East African neighbors: It’s currently under U.N. sanctions for supporting al-Shabab, the Somali Islamist group, and others in the region.

But one important reason to pay attention has become an unavoidable reality for Europe. Eritreans make up a large share of the migrants crossing the Mediterranean in flimsy boats to seek asylum in Europe: More than 22 percent of those who made the journey in 2014 were from the country, according to the U.N. High Commissioner for Refugees, second only to Syrians. They flee not because of a civil war like that in Syria, but because of the immense restrictions the Eritrean state puts on their lives. As one escaped Eritrean put it, life there is a ”psychological prison.”