US President Barack Obama has praised Ethiopia as an ”outstanding partner” in the fight against militant Islamists.

Its troops had played a key role in weakening the al-Qaeda-linked al-Shabab group in Somalia, Mr Obama said.

He was speaking after talks with Ethiopia’s PM Hailemariam Desalegn, during the first ever visit by a US president to the East African state.

He also called on Mr Hailemariam to improve Ethiopia’s record on human rights and good governance.

”I don’t bite my tongue too much when it comes to these issues,” he said at a joint press conference in the capital, Addis Ababa. 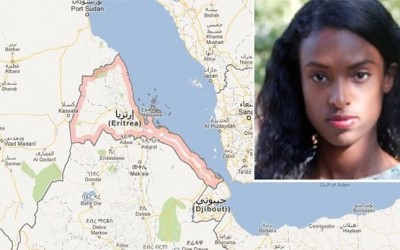 Activist: ”I only push me in danger, I would return to Eritrea”

The people in their home country would be kept as slaves, says activist Veronica Almedom. And it raises violent accusations against the Geneva Consulate, the organizing itself illegal trips home.

Woman Almedom, as a recognized refugee in Switzerland you need to travel authorization. Travel into fleeing the country are even banned in emergencies, so illegal.

Veronica Almedom: Absolutely. But it is a small minority; maybe get 30 000 Eritreans in Switzerland 30 illegal travel. The majority of Eritreans is afraid of a return to the country.

As people come because their travel documents?

Thanks to the double game of the Consulate General in Geneva, which shall then issue them travel documents. This works equally well in other countries. Because: Do the ”traitor” to leave their country once they are cash value. They sign a ”letter of regret” for the return to the land and are not bothered by the police, provide it when entering but two percent of their income from.

Do not you have any fear of returning to Eritrea?

I myself can not go to Eritrea after all that, what I say publicly today.

2010 was the last time in Eritrea. And they gave no interviews?

No. But I can no longer remain silent. My people suffering from a humanitarian crisis and puts his hopes in the Diaspora so that something happens. Those who travel to Eritrea, encounters friendly, warm people, but this is only the visible part. About the invisible speaks hardly anyone.

A country with two faces?

You’d be amazed by the beauty and the diverse landscape of Eritrea, the country could be a perfect tourist destination and would have economic potential. But if I were to return today, I am adventure himself in serious danger.

What are your memories of your last trip?

I was three times visiting my relatives in Eritrea and had the poverty and despair of the local population as well as felt the heavy hand of the dictatorship. In the main, I saw policemen young men threw the passport control on the ground and beat. And I know dozens of families whose sons have disappeared overnight. Whoever wants to know where they are, risk being himself thrown into prison. Sometimes you are lucky and get them back alive because you know someone in the government. There is a climate of fear.

You fight with your club against slavery. That sounds extreme.

Unfortunately, this is not an exaggeration. The National Service in Eritrea applies accordance with international law as a modern form of slavery. The Convention on the abolition of forced labor, which has been ratified by the way of the Government of Eritrea, the current situation in Eritrea is reflected. At the behest of the Unity Party of people are forced to work – under the threat of punishment if the assigned work is not executed.

What does that mean in practice?

Since 2002, all men and women in Eritrea have to work during an unlimited period in the National Service. This begins with the obligatory military service. Eighteen are taken away from their families and shipped off for a year in a military camp in the desert. The training methods are brutal, the heat is unbearable 50 degrees Celsius, even without training. Many girls are abused as sex slaves.

Yes, some of them already with 16 years. They are completely at the mercy of the officers. Even young men have to expect the slightest peep with the worst punishments. The ”helicopter” is one of the most cruel: the victim is tied together at the arms and legs, hung up and sprayed with sugar water. The skin itches, the sugar attracts the insects – inhuman. Many do not survive the camp.