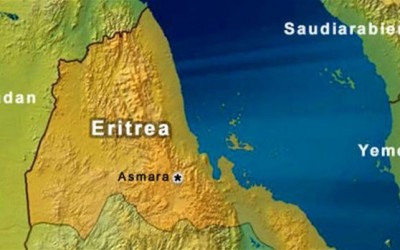 It is not only refugees from Syria, currently living in the Danish asylum centers. The number of refugees from the East African country of Eritrea has exploded over the summer.

It is often Syria, which is mentioned when we talk about refugees in Denmark. But the number of refugees from the East African country of Eritrea has exploded over the summer.

– The way it looks today, the Eritreans our largest single group, says Torben Gregersen, who is center of the Asylum Centre Vesthimmerland.

The center operates detention centers in, among other Ranum, Frederikshavn, Randers and Herning and out of a total of 1400 asylum seekers are close to 400 from Eritrea.

Eritrea are now thus the second largest group of refugees coming to Denmark, surpassed only by the Syrians.

From January to September, 1869 people from Eritrea seeking asylum in Denmark.

According to Eva Singer, who are asylum manager at Danish Refugee does it work, in the countries where the Eritreans before stayed, have become more volatile.

– It is countries like Libya, where there is civil war, and Eritrean refugees and others are direct targets because they are Africans she says.

Originally Eritreans fled from a country where the system is very oppressive and where there is random arrests and violence from the regime’s side.

It says Holger Bernt Hansen, a professor of African Studies at the University of Copenhagen.

According to him, the men in Eritrea forcibly drafted to slave-like conditions in the military from the age of 18 to up to fiftieth of age.

– It is almost a life-long service, where they repeatedly being called to miserable conditions along the border, where they stand guard against the supposed enemy from neighboring Ethiopia, says Holger Bernt Hansen.

He predicts that it has a long way before the refugees can return home. According to him, there will be only better conditions in Eritrea, when a new president and a total change in the system.

Immigration decided in August to put asylum treatments from Eritrea suspended until the participants had studied the situation in the country further. One reason that has attracted criticism from several quarters.