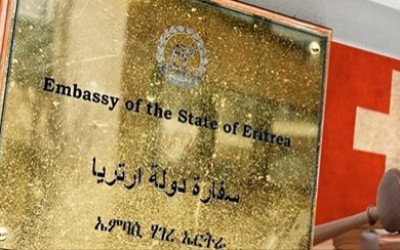 The Swiss Attorney General has dropped criminal investigations into alleged illegal tax collection by the Geneva-based Eritrean consulate. Prosecutors said the consulate could not be charged as the levies were authorized by the Eritrean state.

It was alleged that consulate officials had abused their position of authority by demanding unfair taxes from Eritrean refugees who had arrived in Switzerland. The NZZ am Sonntag newspaper had claimed that that refugees were made to sign a “letter of regret” at the consulate for not completing national service.

According to the media reports, they were then told they could never return to Eritrea if they did not hand over the levy.

The Federal Office of Police investigated the claims for several months before posting an official complaint at the Attorney General’s office in the autumn. But the Neue Zürcher Zeitung reported on Wednesday that prosecutors had decided on November 9 not to pursue the case early.

The Attorney General’s office confirmed the report to swissinfo.ch.

The Attorney General had warned that the burden of proof was extremely high when the case was opened in September.