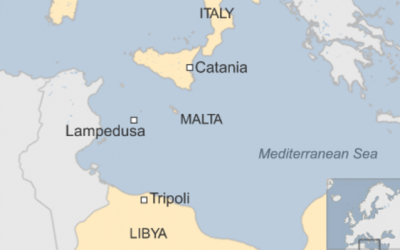 Hundreds of people are feared to have drowned after a boat carrying up to 700 migrants capsized in the Mediterranean Sea, the Italian coastguard says.

The vessel, thought to be just 20m (70ft) long, capsized at midnight local time in Libyan waters south of the Italian island of Lampedusa.

So far only 28 people have been rescued and 24 bodies retrieved.

Italy’s PM said it was a European tragedy and called for an extraordinary EU summit on the migrants issue.

Matteo Renzi said he could not verify the number of deaths, but that it would be a ”dramatic amount”.