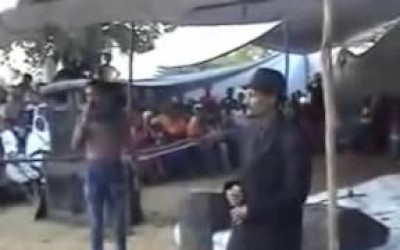 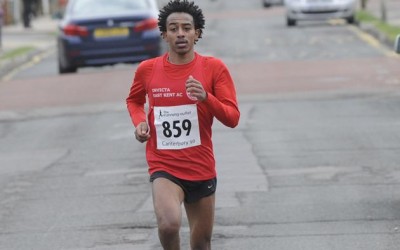 People often say that life is about the journey, but for teenage refugee Abel Tsegay it has and always will be about the destination.

Last year the supremely talented 18-year-old achieved one goal by reaching the UK after a perilous two-year journey across land and sea, but he has already turned his attention to using the inspiration of Mo Farah to establish his own name as one of the greatest distance runners in British athletics history.

Abel was born and raised in the tiny country of Eritrea on the Horn of Africa. The nation of just over five million inhabitants wrenched its independence from Ethiopia after decades of bloody struggles, just three years before Tsegay was born in June, 1996.

Despite its size, Eritrea is the departure point for many thousands of refugees each year, seeking to flee the oppression of an almost military state with more than 300,000 soldiers in constant preparedness for any resumption of hostilities with their giant neighbours to the south.

Two years after beginning his own journey as a 16-year-old, Abel arrived in the UK illegally last year and has since been given support by charity the Kent Refugee Action Network, which has helped him enrol him at Canterbury College, where he is studying English and sports science, and put him in touch with Invicta East Kent Athletics Club.

His coach Peter Mullervy said Abel finds it ‘too traumatic’ to talk about the tribulations of getting to the UK, while the youngster himself politely declined to comment about his ordeal.

Mullervy explained: “He left Eritrea at the age of 16 and as far as I am aware has completely lost touch with his parents. We don’t know very much about his background but we know he spent two years making his way across Europe and only came on the radar at a race in Holland at Christmas 2013.

“He’s gone through all sorts of issues to get himself here and he has the kind of life experience that other athletes couldn’t dream of.”

For his part, however, Abel would prefer to look forward than back, with his focus on emulating World and Olympic 5k and 10k champion Mo Farah, who was born in nearby Somalia and spent time in next-door Djibouti before moving to join his father in London at the age of eight.

Abel – answering written questions in his own words as he is still developing his confidence in spoken English – said: “I have been competing in athletics for four years.

“My ambition is to be a champion man. I hope to break some of the world records that currently are held by previous athletes.”

He added: “I am aware of the story of Mo Farah. I learned from his experience … with hard work and dedication.

“His accomplishments will motivate me to achieve the same, if not more success in athletics.”

So is that realistic? Well, Mullervy certainly thinks so.

He revealed: “When he appeared in this country, a charity worker got in touch with me and told me the times he claimed to have run for 10k back in Africa. We took it with a pinch of salt, but then we took him to the track for the first time, without any proper gear, and after watching him we thought ‘maybe it is possible’.”

He added: “Now he’s able to train with proper facilities seven days a week and the results speak for themselves. He’s third in the country over 5km and fourth over 3km.

“He won the European Cross-Country trials in Liverpool (running the 6.7km in a time of 20min 31sec), he’s not eligible to represent Britain yet and didn’t get a medal or any prize money, he got nothing other than the satisfaction of beating the other lads who did get called up to the Europeans.

“Also he was only out-sprinted by the European No.1 in the Lotto Cross in Brussels, Belgium, just before Christmas.”

Abel – who does not turn 19 until June – admitted: “I felt good winning the competition and beating all the competitors. As for the prize and being denied a place in the European XC, it didn’t make me feel bad or demotivate me. I won the tour, that’s more than enough for me.”

He, however, revealed his burning desire to repay the country he now calls home with success on the international stage in future.

He admitted: “I didn’t know anything about Canterbury before I arrived. I would like to thank the KRAN charity and my coaches Peter and Ralph (for) supporting me (and) helping to get me into my new life, and all the friends I have made at Invicta East Kent.

“Of course I hope with all my heart to represent the UK in international competition in the future. It would mean the world to me.”

Mullervy affirmed: “Abel is good enough that, in two or three years, he could be No.1 in the country at 5k and 10k, and is certainly capable of the same in cross-country too.

“In two years time I fully expect him to be on the international circuit, able to get by as a professional athlete. It’s just a shame he won’t be able to run for Great Britain for a couple of years after that.”

Under Home Office rules it takes fives years of residency for athletes to be able to apply for a British passport which would entitle them to be considered for selection for international competition.

Enquiries with both British Athletics and the Home Office confirm there is no fast-track process, no matter how talented the athlete might be, which means Tokyo 2020 could be the first major event for which Abel is eligible.

Mullervy added: “He wants to stay here and represent the country and we are obviously hoping that things could be sped up and it could be fast-tracked, but at this stage I just don’t know.

“It’s a bit sad they can’t fast track it because he’s a model athlete who works very hard and is a role model for other young athletes.

“He does have a leave to stay in the UK, a blue document which looks just like a passport, and it enabled him to travel to Belgium with us in December and get back through immigration without any problems.”

Farah had to wait five years before representing Britain, qualifying for his passport just in time to compete in European junior competitions as an under-20. Incredibly, Abel  ran as an under-20 at the African Junior Men’s Cross-Country Championships in Cape Town at the age of just 15 in March, 2012, finishing 20th in a time of 24.56 over 8km.

Mullervy added: “He’s a lad of 18 but British youngsters could learn a thing of two from him. He keeps himself clean and tidy, he is always polite and respectful. He is a lovely lad to be around.”

Distance is nothing to Abel Tsegay. He has undertaken an unimaginable journey of more than 5,500km to get to this point in life.

Now he’s arrived, all that’s left is excitement to see just how much further his next few 5k and 10ks can take him.