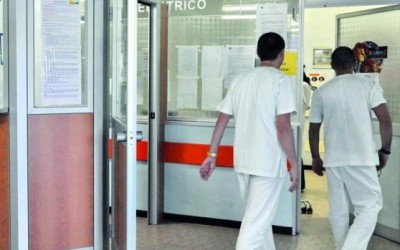 She fled from Eritrea has adopted the St. Matthew

Has between 12 and 13 years old, was found before Christmas at the station of Melegnano ”undernourished and semiassiderata with a strong anemia. We’ve taken care of but it is only ”by Maria Grazia Piccaluga

PAVIA. Zahra remembers only his name, which he wrote in beautiful handwriting with a pastel green. And his country of origin, Eritrea. It could have been twelve, maybe thirteen. The rest is sunk in the darkness of memory.

Since before Christmas, when the police found her in the train station semiassiderata Melegnano and accompanied her to the emergency room of the San Matteo in Pavia, is hospitalized in a single room on the third floor of the building of Pediatrics. Doctors and nurses have cared for and pampered.

Zahra (has a different name but it must be protected) is alone. Nobody knows. No one came to ask her.

The bedroom with soft toys, led by the staff of the clinic, is his world for two weeks. And Zahra smiles, opens his eyes blacks in front of anyone who comes into his room. Very few words in English. Such as those traded yesterday with the bishop, Monsignor Giovanni Giudici visiting for the blessing of the Epiphany, was impressed by his story. ”When she arrived was in very serious health conditions,” explained in the department. They found the police station in the corner of the train station in Melegnano. Despite the bitter cold that night wore only a few light clothing. The skin of the body covered with stains caused by scabies. Sign that for days, maybe weeks, did not have a roof over their heads, a clean bed, a place to wash.

The girl was accompanied in Pavia, the emergency room of St. Matthew and then hospitalized in Pediatrics. ”After examination also revealed severe anemia, hemoglobin values were very low would be suspect, in the first half, an immunological disease – says the primary clinic, Professor Gianluigi Marseglia -. We found a serious deficiency of vitamin B12, was malnourished, proven by a recent life made sure of hardship. ”

It was also necessary to isolate it from other patients, to prevent the spread of infection, but at the same time one should not abandon it. For too long, maybe that child faced his fate alone. Who brought in the hospital has reconstructed a possible history is thought to be a refugee from Eritrea arrived along with the flow of other desperate countrymen. How it then found alone and without documents inside the station Melegnano has not yet been clarified.

His case has already opened a file on the Juvenile Court of Milan.

Meanwhile Zahra has healed, ate with appetite and seems intrigued by the new world in which it is located. The hospital has provided a mediator but the words and memories do not go out, harnessed somewhere. ”It will take time,” they say in the department.

She has conquered all. ”Here in the department we have adopted, has conquered all – confirms Marseglia -. Now it seems serene but may have temporarily removed the painful memories. ”Draw, color. Long red petals, pink, green. And every morning you system braids in his hair. But do not ask the mother, the family. The association ”My pediatrician friend” has recovered pajamas, undergarments, some clothes. And also individually department personnel led games, dolls, crayons, drawing paper. ”The girl at the moment is assigned to St. Matthew regarding the health aspect – explains Marseglia -. Will stay here with us a little ’, to stabilize his condition. Then will be taking charge of social services, which will follow the directions of the Juvenile Court. ”