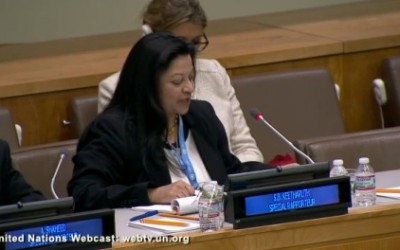 28 Oct 2014 – Statement by Ms. Sheila B. Keetharuth, Special Rapporteur on the situation of human rights in Eritrea, at the 32nd meeting of the Third Committee.

Special Rapporteur on the situation of human rights in Eritrea 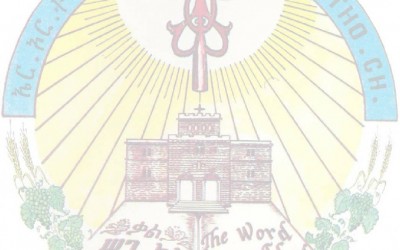 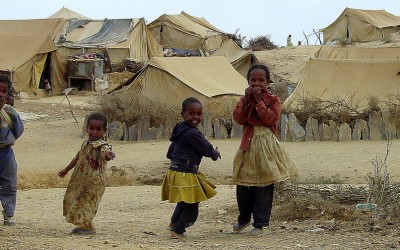 Escape from Eritrea, the testimony of Abraham Tesfai

Also this year, Global Voices has taken the course in Human Rights and Journalism Participatory E. Fermi in high school in Bologna. Part of the program is the development – from students – articles and reflections on some of the topics discussed during the meetings]

Do we really know the way the stories of those who are willing to brave the sea and the desert to arrive in Europe? We interviewed Abraham Tesfai, a young Eritrean who lives in Bologna and has chosen not to remain just a victim of this part of contemporary history, but to raise awareness and activism on immigration and asylum.

When you come to Italy?

Where did you spend your first days in Italy?

I arrived in Lampedusa after a week of travel in boat. Initially, I was moved to Caltanissetta, Sicily, ended in a field for 2 months and 2 weeks without the right to leave. I made a request for political asylum because I escaped by the dictatorial regime of Eritrea but I was not recognized. I was, however, granted humanitarian asylum and I have been asked 70 euro for the ticket that is given with the permit. Finally I was allowed to travel freely within the Italian borders.

How did you come to Bologna?

I got there by accident as a controller I did just get off the train at the station of Bologna. For a week I had to sleep on the street, but then I left by train for Switzerland.

How were you received in Switzerland?

Arriving in Geneva asked for political asylum. Their reception system is very different from the Italian one: I was given a room and they took my fingerprints. After three weeks they came to pick me brought me back to Italy making sleep a night in jail. They made me strip naked and left. In fact, they realized that I had left fingerprints in Italy. (The fingerprints are taken by those who do not have identification documents with them. Having previously been identified in Italy, Abraham did not have the right to be accepted in another country as a refugee – Ed). I have therefore taken the train and went back to Bologna because it was the only city I knew, even though I knew I’d be back to living on the streets.

How did you settle in Bologna?

Initially I did not have accommodation options. I was overwhelmed by the problems, sometimes slept out in the station or in a dormitory. One day I found a person who offered me a place to sleep, and from that moment I began to work hard to improve my condition. I started as a night porter, then I enrolled in a driving school, I got my license, I worked in a cooperative for three years. During the period when I was working I was following a school night. In fact I had already graduated in Eritrea but when I went to the embassy of Eritrea in Milan to obtain recognition of my degree, I was told that it would help me because I was illegally escaped from Eritrea. I had to redo high school and I graduated as a mechanical engineer with 71. I did the test for the right to physical therapy but have not been admitted, and so I chose agrarian are now in their third year of study. At the same time part-time job.

Why did you decide to leave Eritrea?

Why should I have to do military service for life, dictatorship leaves no freedom or religion, or of speech, or of the press.

What is the dictatorship in Eritrea? What are your technical prescriptions?

With the arrival of the Italians in 1882, Eritrea broke away from Ethiopia. Italian colonialism lasted for 50 years, and then fell to the British who colonized Eritrea for 10 years. In a later period, in spite of many African countries were gaining independence, Italy has decided to donate the territory of Eritrea to Ethiopia. So many riots broke out, soon turned into a war of secession long 30 years. In 1991 we drove out the Ethiopians, with a budget of more than 65,000 deaths; in 1993 was a referendum on independence in which they won the favor with 98%. The party of secessionists have formed a provisional state in order to draw up a constitution and structure of democratic bodies. But in 1997 had not yet been made ​​no progress and then restart the protests to coincide with the rise of free newspapers. In the wake of new uprisings has unleashed a new war with Ethiopia ended in 2000. The following year, the 15 Ministers of the only existing party have called for a constitution. The leader of the secessionists, who behaved like a true dictator, nominally accepted the new document. The next day he sent his soldiers by ministers to make them disappear and today did not know anything yet. It was the moment when we realized that we have a system at home. The dictator has closed private newspapers, put journalists in jail, closed the university, establishing a strict regime of terror. Now open your mouth just end up in jail.

How did you get away?

I liked Eritrea, did not want to leave, I was attached to my family, to my land, I dreamed that Eritrea would have blossomed. I was not looking forward to going abroad. After a year of compulsory military service along with 10,000 other people at the same time to the studies done in the top fifth, I finally got the maturity. In the field of military service philosophy is that the person should be scared, not to think: that’s why since the age of 18 seviziano you and make you work hard. Since we were also students, we have a high school diploma in that field: because of the heat and all the deprivations that were suffering, only 4% (including me) was able to graduate from obtaining the right to return home to attend the ’universities. After finally see my parents, after a year of suffering, I went to a boarding school because since 2001 the University of Asmara was closed and replaced by some colleges out of town. When I saw the board I realized that it was the same as the field from which I had just escaped: checks every half hour military guard, morning exercise. At this point I’m a bit ’of hope in my country: I lost hope to graduate in what I wanted because they were the ones to decide what I should study. As we studied also they tend to build dams and bridges, were forced labor, there was no time to study. During one of hard labor, I realized that this was not life, and I decided to leave Eritrea (it was 2007). But now I had a new problem: how? If you find that you are meditating escape they put you in jail, you have to know how and with whom to escape keeping everything secret. I talked with my student friends who lived with me agreeing to leave that lousy country under the regime of Isseias Afewerki. It took me a few months to convince them, because they knew that if they were caught in the act of escape, the guards would have permission to open fire, and that even if they were discovered by a conscientious person would still have been taken to jail for at least 3 years. After the fear we have tried their luck: during a night of rain we managed to arrive in South Sudan and overcome the desert, and it is only after many misadventures that I was able to embark and reach the shores of Italy.

Are you afraid of the possible impact on your family?

When they discovered my escape, my father was forced to pay a fine of $ 2,500, in fact, the regime has the power to embarrass your family. I had not spoken with them about my desire to escape. After all, it was not an easy decision to take, my mother would never have accepted it, and I risked death.

Are you still in touch with your parents?

I hear little to telephone and Internet because the dictator holds all the media under control.

Now in Italy you do? What prospects do you have? How do you feel living as a refugee?

After I expired asylum on humanitarian grounds I went to the police station in Bologna. The police directed me to the embassy to get your passport from them. I do not want to go because doing so would have made ​​it difficult for my family, they would have intruded into my private life and I would have to pay 2% of my income to the scheme (as all Eritreans living abroad). I lived for four years without a ticket, ie without being able to move from Bologna struggling to get a better position. I looked for a lawyer I paid 500 euro, has not done anything special, but for the mere fact that I turned to him, the police gave me a residence permit and travel document. I now have subsidiary protection that lasts 3 years.

What value do you have for human rights?

The Universal Declaration of the Rights of Man was born just after the Second World War in response to the many violations of those years, and its principles are very fair, but there is no uniformity, for example in Europe, after the birth of the European Union, the European Charter of Human Rights has been made worse by the Dublin Convention of 2003, according to which a person has to stay in the country where it was met for the first time, the law that struck me in the first person and prevented me from moving to Switzerland. I do not feel the problem of united Europe, in Italy there is not even a commitment to ensure that this will be resolved, so that you do not listen to the people to whom asylum is denied. Italy, although the European Union does not even have a proper immigration law.

Italy as a land of welcome: how do you think?

You meet great people, like the ones that I have pulled off the road, but also so many racists. At the legislative level instead is not able to give an answer to a problem so evident and meaningful. Italy, in this respect, it seems the country that works worse than other European countries.