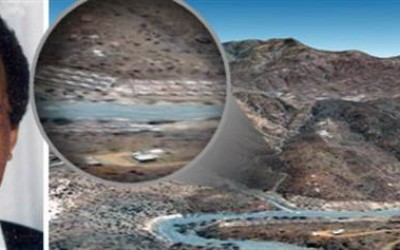 Eritrea, one of the world’s most hardline dictatorships, funded mainly through forced taxes from Eritreans living abroad. The government must ensure that tax collection in Sweden ceases with immediate effect, writes Lars Adaktusson.

The Swedish-Eritrean journalist Dawit Isaak fills today 50 years. Birthday spent in captivity in Eritrea where Isaak was imprisoned, but neither charge or trial, for 13 years. His health condition is unknown to the outside world and by all accounts he is in one of Eritrea’s worst prisons. Amnesty International considers him a prisoner of conscience, and he is the only EU citizens who now is in prison because of their opinions. It is therefore highly appropriate that the Swedish side to give Dawit Isaak all the support we can, in conjunction with his 50th birthday. But the best gift the Swedish government can give him would be to increase the pressure on the Eritrean regime through once and for all stop the regime’s economic extortion of its citizens into exile.

Eritrea is one of the most hardline dictatorships. Political opponents are tortured and imprisoned. The regime exerts a massive repression and persecution of dissidents. The UN has on several occasions criticized Eritrea for human rights violations and also imposed sanctions against the regime for its support to terror group al-Shabaab.

The regime’s economic blackmail against citizens in exile is that they are forced to pay a tax of two per cent of the net revenue to the regime. The tax is levied by the embassies, which attracted attention in Sweden. Non-payment may mean that the person can not get the necessary documents from the authorities or the ban on entry to Eritrea. Even close relatives living in Eritrea could face penalties. Lars Adaktusson. Photo: Robin Aaron Lars Adaktusson. Photo: Robin Aaron

The UN estimates the regime’s single largest source of revenue is the tax from Diaspora Eritreans. Approximately 25 percent of the population, nearly 1.2 million people, are living today in exile. The Security Council’s report shows that tens of millions of dollars and probably far more than that annually are collected by the tax. Besides personal expenses and extortion methods of Eritreans in Sweden means treasure in effect a financing of the totalitarian dictatorship and through it, the financing of terrorist activities. The close ties between the Eritrean government and Islamist insurgents have been identified by the United Nations, whose reaction to the linkages among others has led to an arms embargo on Eritrea, which the EU also introduced.

The Swedish government’s starting point towards Eritrea has long been quiet diplomacy, a method that has so far been a failure. The Security Council’s Report of 2012 on the Member States to take measures to stop the collection of the tax. The Swedish Parliament’s stance has been that the tax itself is not illegal, and that it is up to law enforcement agencies to prosecute persons who practice criminal acts such as illegal extortion.

This is not enough. In Germany and the US governments have taken action against the Eritrean embassies. Britain has restricted the freedom of movement of Eritrean diplomats. Canada has gone a step further and threatened to deport Eritrean ambassador out of the country, which has forced the Eritrean Foreign Ministry pledging an end to the tax. It requires, in other words no new legislation to achieve effective improvements for the people of Eritrean background who today live in Sweden.

The Swedish government has all the opportunity to follow the Canadian example and declare that Sweden intends to expel the Eritrean ambassador unless tax collection ceases with immediate effect. My question to the Foreign Minister Margot Wallstrom (S) is: do you want to be involved and give Dawit Isaak, one of the best birthday gifts he can get from us in Sweden?