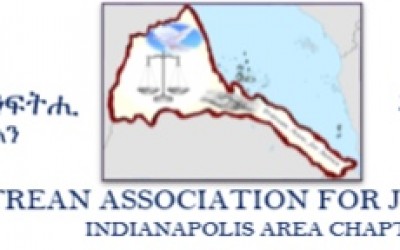 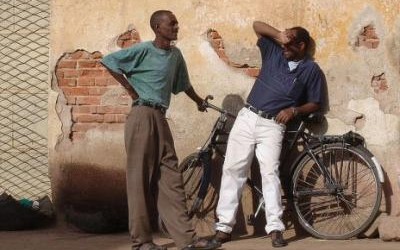 What We (Don’t) Know About Eritrea’s Economy

Eritrea perfectly illustrates the amount of guesswork involved in economic analysis of Africa.

At the start of this week, Nigeria’s GDP figures nearly doubled after the government recalculated economic output. Statisticians rebased their numbers to include changes to the economy, and in a heartbeat Africa’s most populous country had also become its richest, leapfrogging South Africa by a mile, and shooting up the global rankings to join the likes of Norway and Poland.

Although the ground under their feet was exactly the same, the country they were living in on paper had suddenly shifted for Nigeria’s 170 million population. Or should that be 180 million? Or 140 million? Or even higher or lower? The actual size of Nigeria’s population is also based on questionable estimates and evidence, and it too is heavily contested.

The fact that Nigeria’s statistics are so deeply shrouded in doubt is striking especially given that it is, as we now know, the richest country on the continent. This begs the question: if our understanding of Nigeria rests on such shaky ground, what about poorer, less well-connected, and more closed off countries? For example, what about Eritrea?

Trying to get any data about Eritrea can be a thankless task. Access to information is very limited and the authoritarian regime’s relationship with any media apart from those run by its own information ministry is strained at best. The Horn of Africa nation is deeply isolated internationally and is considered to have one of the worst records in the world when it comes to civil liberties, political rights and domestic freedoms.

Unsurprisingly, international headlines about the Red Sea state are rare, and when there is coverage, it is usually about runaways fleeing the nation’s grip, abductions of Eritrean refugees in the Sinai Peninsula, human rights violations, or tentative predictions about how long the regime can last.

With virtually no data to work with, it unsurprising that analysts also tend to shy away from the country. In continent-wide studies, Eritrea is often coloured in grey to demarcate ’no data’, while even multilateral organisations such as the African Development Bank sometimes have to release reports that pretend Eritrea does not exist.

The 2012 African Economic Outlook Report, which is probably the most comprehensive analysis of the country for several years, provides a few valuable if limited insights. But even this most complete report on record misses out some hugely important features such as population size.

Given the difficulties in estimating Eritrea’s population − existing figures range from about 3.5 million to almost double that at 6 million or more − it is perhaps wiser not to guess at all. However, the size of the population has enormous consequences for all per capita figures. The World Bank, for example, estimates Eritrea’s income per head to be $504, basing its calculations on population figures of just over 6 million. If Eritrea’s population were in fact closer to the 3.5 million mark, that income per head figure could be as much as $864.

However, especially when it comes to Eritrea, even reliable figures can only tell us so much. For instance, the country’s black market for currency exchange significantly complicates things.

The Eritrean currency has been pegged at 15 Nakfa to $1 since 2005. Due to high inflation over many years, the currency has lost value, but the government keeps it fixed in an attempt to tackle external debt. This has contributed to the blossoming of a parallel and illegal internal market for currency exchange. Those caught exchanging currency on the black market can be imprisoned for up to 18 months, but the entire economy depends on such illegal exchanges.

In late 2012, the rates in this illicit market offered three times the amount of Nakfa per dollar compared to official rates. And in March 2013, this already massive gap widened as the Eritrean government overvalued the national currency even more, fixing 10 Nakfa to $1. One important implication of this when examining Eritrea’s national economy is that using the official exchange rate is likely to hugely overestimate the real level of economic development. Using the rates found on the burgeoning black market would suggest the country is significantly poorer than if using the government’s rates.

Going a step further into the real detail of Eritrea’s economy, unofficial sources report that most households in the capital Asmara receive an average of $350 per month in undeclared remittances from relatives abroad. There are two particularly well-known mechanisms through which these clandestine transfers takes place: alongside shipments of contraband goods from Sudan, and when relatives from abroad visit.

These transfers are likely to be hugely significant for Eritrea’s economy. After all, a wage in the formal sector will at best leave you with 1500-2500 Nakfa per month. According to official rates, that comes to $150-250, but in reality it is worth considerably less and is barely enough to survive. For most families in Asmara, therefore, remittances are crucial and often constitute the majority − sometimes as much as 90% − of their overall income. Counterintuitively perhaps, Eritrea’s alarming brain drain ends up significantly stimulating its economy.

However, not all families in Eritrea are so lucky. A pattern of regional migration has occurred within the country in which those that have no relatives abroad are destined to a rural life as subsistence farmers cultivating mostly barren land, while those with close ties to family outside the country can maintain a life in the capital.

A shot in the dark

After Nigeria’s GDP was rebased earlier this week, nothing concrete changed. Nigerians didn’t suddenly have more cash in their wallets, the unemployed were still unemployed, and the many malaises in the national economy went nowhere. However, in the medium term, the updated figures could have a considerable impact, especially as foreign investors look at the country in a different, far more rosy light.

After all, statistics and economic analyses affect policies. Reliable figures can be crucial in helping actors − whether governments, individuals, corporations or multilateral organisations − make the right decisions, while unreliable ones can do the very opposite. When it comes to many countries, not least Eritrea, a great deal of caution needs to be taken before attempting any kind of shot in the dark.